"A role model for many companies in our country"

On June 30, Arndt G. Kirchhoff, Dr. Johannes F. Kirchhoff and J. Wolfgang Kirchhoff were in-ducted into the "Hall of Fame of Family Businesses". The three partners of the KIRCHHOFF Group have been working together successfully and harmoniously for over three decades.

Stefan Heidbreder, Managing Director of the Stiftung Familienunternehmen (Family Business Foundation), praised this collaboration as, "a role model for many companies in our country."

Since 2009, the Hall of Fame of Family Businesses has inducted personalities from German family businesses who have accomplished outstanding achievements in their company and set an example for society. A jury consisting of representatives of the Handelsblatt (business newspaper), the auditing and consulting firm KPMG, and the Family Business Foundation, selects inductees.

The shareholders of the KIRCHHOFF Group were inducted into the Hall of Fame on the basis of their special achievements in corporate management and the successful influence of the family on the company. The honoring ceremony took place at the KIRCHHOFF Automotive information center in Iserlohn/Germany. Anja Müller, editor of the Handelsblatt newspaper, presented the honorees with porcelain chest from the Nymphenburg manufacturer in Munich, which featured a map of Germany and the company's location on it, with the words "Welcome to the Hall of Fame of family businesses."

J. Wolfgang Kirchhoff explained that the award was also due to the employees. "We accept this award with great humility and are of course very happy about it. However, at the same time, we would like the award to be attributed to our many employees and our entire team. Because it is not just us who have brought together this success to date. Many thanks."

In addition to Arndt G. Kirchhoff, Dr. Johannes F. Kirchhoff and J. Wolfgang Kirchhoff, Prof. Dr. Reinhold and Bettina Würth of the WÜRTH Group and Alfred Ritter of Alfred Ritter GmbH & Co. KG., were inducted into the Hall of Fame of family businesses.

Info: The "Hall of Fame of Family Businesses" inducts personalities from German family businesses who have attained outstanding achievements in their company and are social role models. In addition to the successful management of the company, the jury also evaluates the performance of the family: if it has a significant and successful influence on the strategy of the company as the main shareholder. Other criteria include the long-term safeguarding and creation of jobs through innovation and outstanding productivity, environmentally friendly business practices, and social and cultural commitment. This award was created by the editorial team of the Handelsblatt newspaper together with the Stiftung Familienunternehmen foundation (Family Business Foundation), whose managing director Stefan Heidbreder, is represented on the jury. 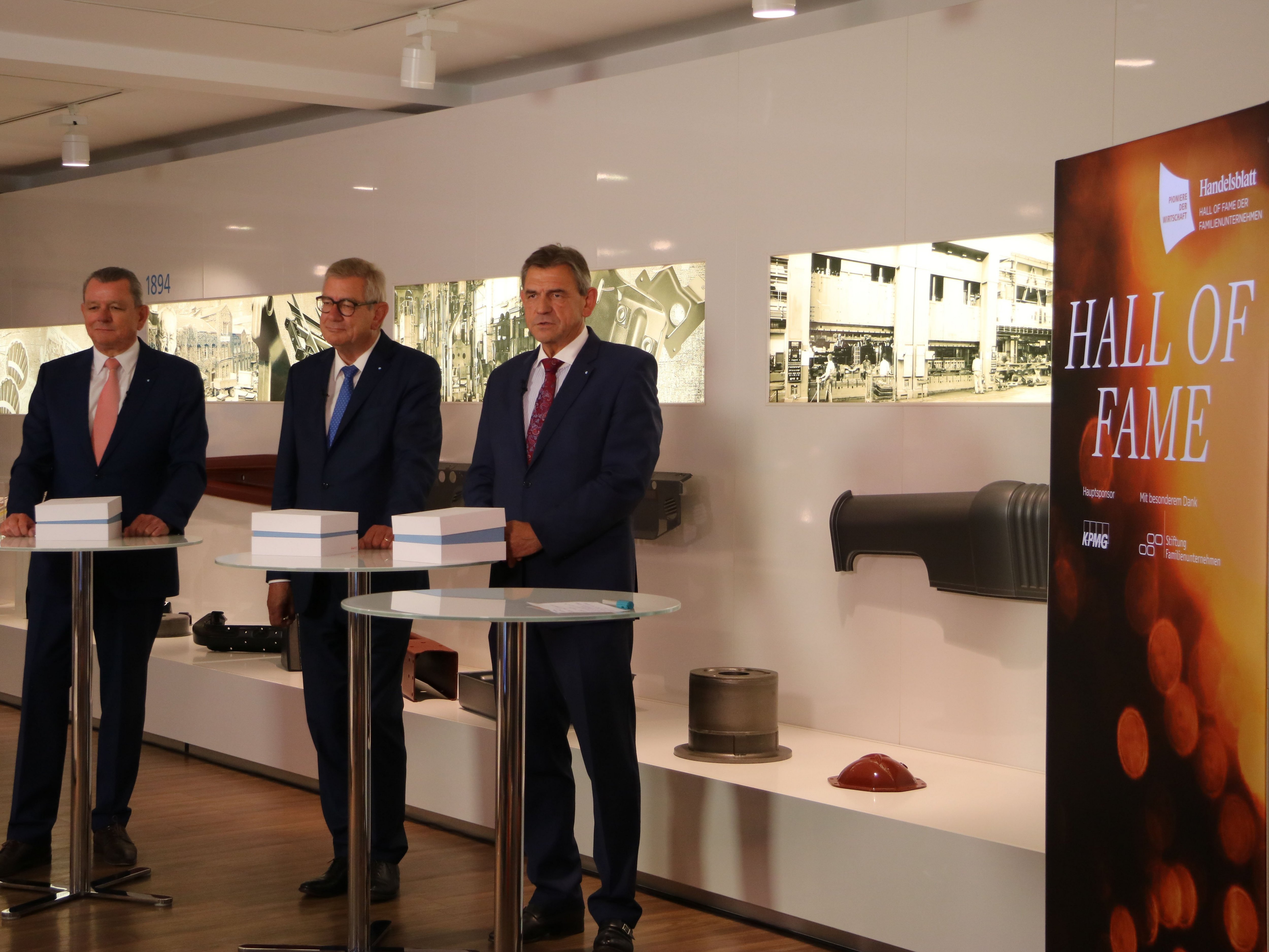 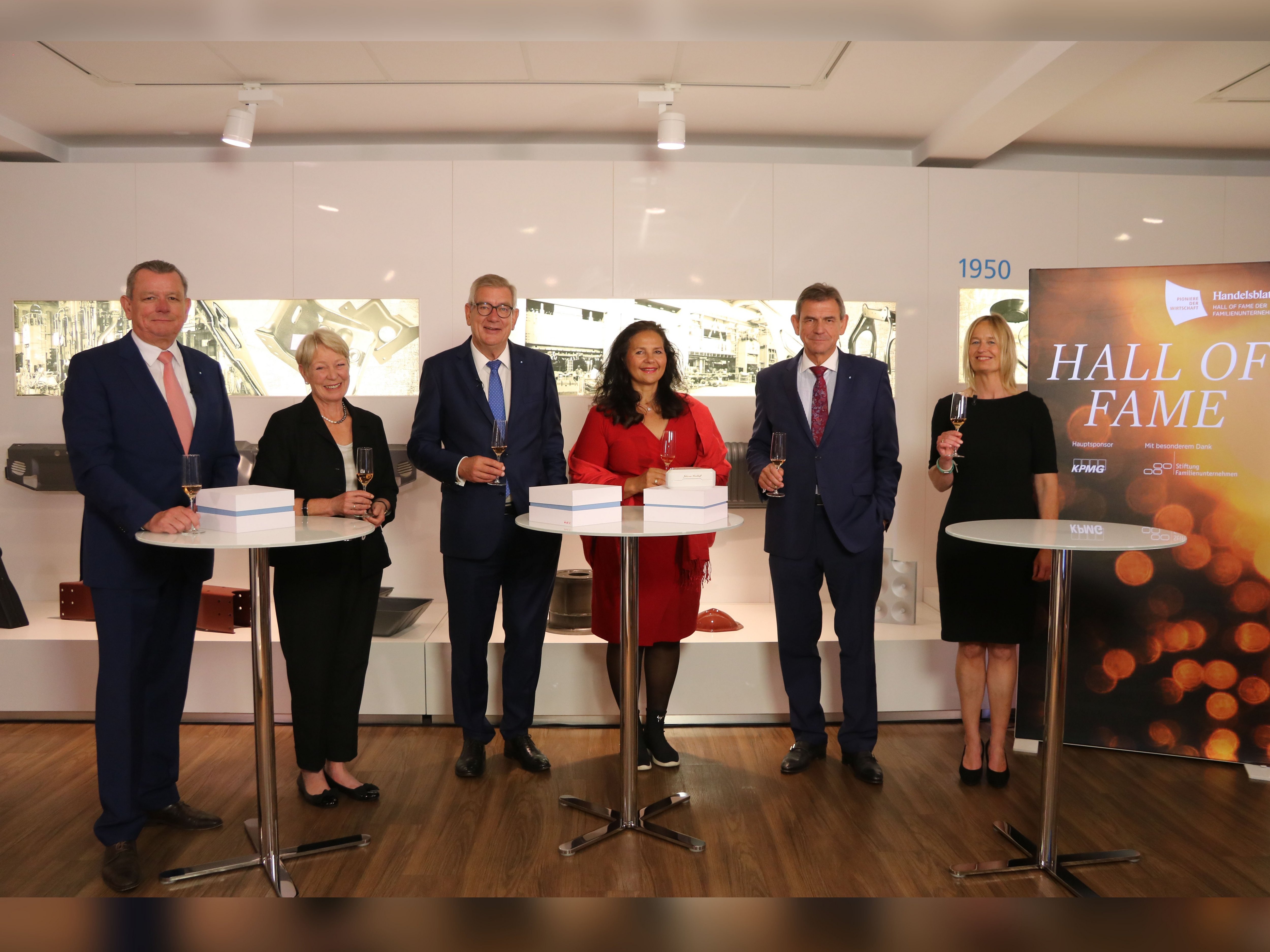 <- Back to: News archive